Dayton with one of his many wild animal rescues, a wolf

Dayton Hyde was born in Marquette, Michigan. At thirteen he fled his parents’ home and caught a freight train heading west to his uncle’s cattle ranch in Oregon. The ranch cowboys enthralled Dayton and he absorbed their tales of days and nights spent on the open range. Stationed in Europe during WWII, Dayton got permission to stage western rodeos for the troops. After the war ended he earned a degree in English at the University of California at Berkeley because, along with his love of horses and the range, he realized he wanted to become a writer. While at Berkeley he also met his future wife.

In the 1950’s photo editors at LIFE Magazine were looking for someone brave enough to get into a ring with a bucking bronco and capture the forceful animals and riders. One of his powerful photos became LIFE Magazine’s Picture of the Week. Despite his success as a photographer, Dayton longed for his uncle’s Oregon ranch and accepted an opportunity to return and manage the land. He and his wife settled and raised five children there.

Through the years Dayton undertook increasingly ambitious conservation projects. He successfully rejuvenated a lake while he single-handedly saved the Sand Hill Crane from extinction. His book Don Coyote, about his efforts to protect coyotes on his land while neighbors poisoned them, was named one of the best ten books of the 1980’s by the American Library Association.

When Dayton turned sixty-five, he began a new chapter in life when he said goodbye to his family and headed to South Dakota. Using personal credit cards and a government sponsored loan, he purchased 11,000 acres of prairie land in the Black Hills and traveled throughout the western United States collecting wild mustangs from government feedlots–horses left to die. He brought them back to his land in the Black Hills, setting each of them free. 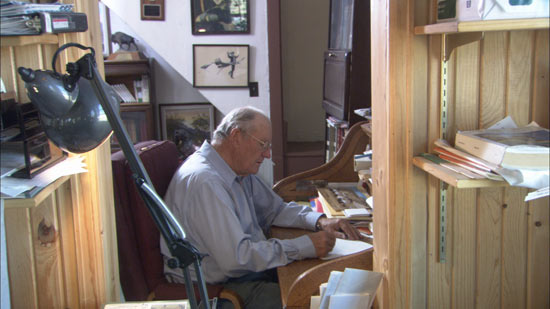 Dayton at his writing desk.

Thunder Down the Track, Macmillan, 1984

One Summer in Montana, Macmillan,1985

The Major, The Poacher, and the Wonderful One Trout River Macmillan, 1986 reprinted in 1986 Boyds Mills Press

All the Wild Horses, Vovageur Press 2006 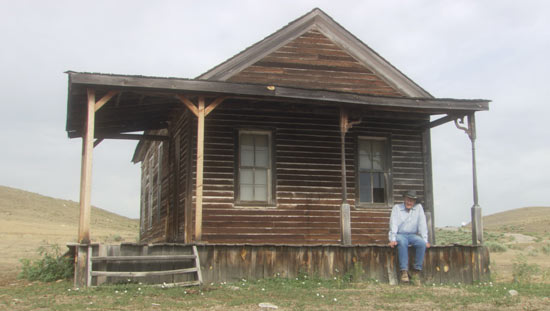 Dayton at the one-room schoolhouse which he preserved.

Oregon Governor’s Conservationist of the Year, Sponsored by the Oregon Chapter of the National Wildlife Federation – Governor Tom McCall